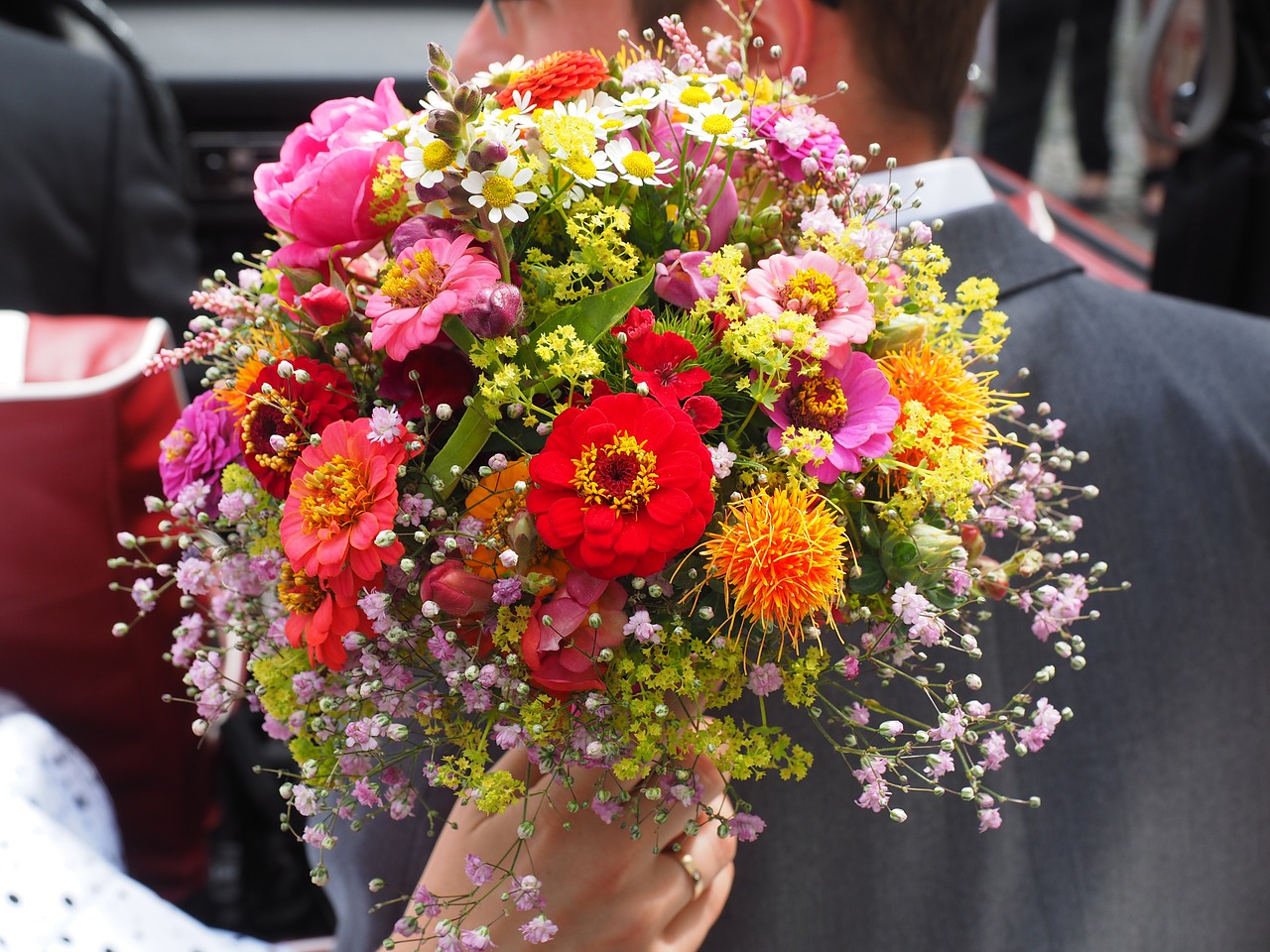 Traditional weddings brought together numerous wedding customs, many of which continue to this day. While we continue to practice several traditions that began ages ago, how many times do we actually consider where these practices originated? Today we will explore the tales and trivia behind some of the traditional customs. I’ll tell you this much before we begin, some of them are not only unexpected, but at times even bizarre. So, be prepared for some surprises along the way. Brides today have a tough time choosing between nosegays and posies, tulips and roses, local flowers and international blossoms. Would it have been easier if we kept to the original practice of carrying a bouquet of garlic and chives as we walked down the aisle?

Believe it or not, this was the original bouquet, and the herbs were believed to ward off evil spirits and keep away germs. Isn’t it a lot better today, when the bouquet is beautiful and smells more pleasant?

Bridesmaids and their dresses

Modern brides may have so much more to worry about bridesmaids stealing the limelight, so imagine how it would have been if they belonged to the Victorian age. During those days, bridesmaids dressed up to look just like the bride, dress, veil and all. The belief was that this would confuse the evil spirits of who the bride was, and thus keep her out of harm’s way.

“Do you TAKE this woman as your wife?” Up until the 18th century, brides were kidnapped by the groom, and hence the relevance of this saying. How Stuff Works mentions that the bride and groom went into hiding for a whole month following the abduction by when all the din surrounding it would die down. This interesting practice is also associated with the concept of the Honeymoon that follows the wedding.

The white wedding dress was originally introduced by Queen Victoria, when she was married to Prince Albert in 1840. Before this, brides just wore one of the best dresses they owned, on their wedding day. Following Queen Victoria’s wedding, the idea of white symbolizing virginity and purity became popular, and it became the favorite wedding color. This practice continues to this day, and most brides have difficulty associating any other color with a wedding outfit. There are several traditions that relate to the origin of the tiered wedding cake. The one we found to be most interesting was the French practice of piling up cake to as high a height as possible. The married couple would have to kiss above the cake to be assured of a successful marriage.

The practice of preserving the top tier of the wedding cake also has a story to it. During those days, it was expected that the couple would have their first child in the year that followed their wedding. So, the cake tier that was preserved would serve as the christening cake for the baby and avoid extra expense that way. Fruit cake was the choice at the time, as it was one of the few flavors that wouldn’t spoil.

Hope that was an interesting read. For more wedding related stories, advice and shopping tips, visit us at Best for Bride.

3 thoughts on “The unusual origins of some wedding customs”