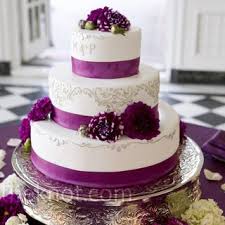 Wedding cakes, mmm! Delicious! It’s your wedding and you want everything to be in the right order, so that everybody present will be glad and will feel ok. Therefore, you must take care of the cake. What will it be: a classic, traditional wedding cake or something really special, different from any other wedding cake anyone saw before? And then again, how much money do you have available to spend on a cake?

I’m sure you heard about famous confectioners and confectioneries, that employ confectioners that in my opinion are artists, nevertheless. Their imagination is flowing and they are creating delicious masterpieces! The problem is… the better they are, the higher the price you have to pay to have at your wedding the craftsmanship of these people. But you won’re regret it, it will be unforgetable!

Some other expensive wedding cakes imply cushions, an amazing lace work or even details resembling filigree work. The confectionres must really be masters in what they are doing to craft such impressive wedding cakes! Are you willing to pay big sums of money for such cakes? Only if having a unique one at your wedding means something to you. When you look at them, you don’t even want to cut them and give slices to the guests, they’re like a cake you won’t even touch because you are afraid you will ruin all the work the chefs put into it.

Well, those are almost nothing among the really expensive wedding cakes. For example, the most expensive one in the world was unveild in 2006 in Beverly Hills. It is said it was worth $20 million. It was covered in unique and almost priceless diamonds. It was probably not eaten, taken into cosideration it’s value. Of course, it was guarded each second by a very well trained security crew. Trying to take its place, another confectionery and jewel makers make in 2010 another weddign cake, said to be now the most expensive. It is decorated with sapphires and diamonds, but its price reaches only $1,3 million, in comparison to the one displayed in 2006.

So what do you think, are these expensive cakes worth something? Could you eat something like this? I belive they lost their meaning from the moment it was decided they have to be like porcelain dolls: see, but not touch. A wedding cake should be eaten! What will you do if you swallow a diamond while eating from this extraexpensive wedding cake? Did you ever thought of that?