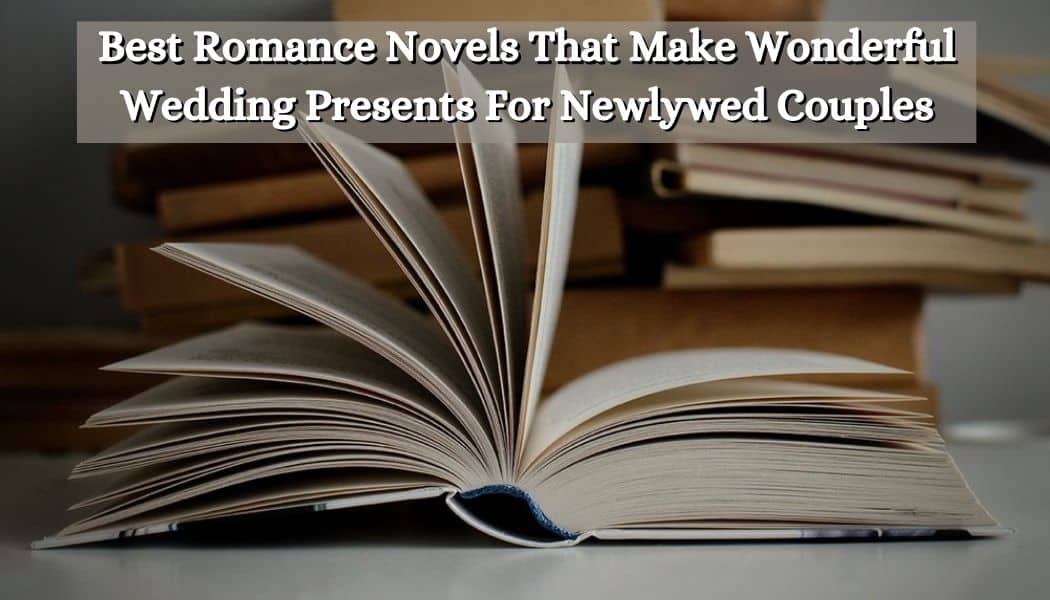 Why not include a book (or two) for your friends to read while they are on their honeymoon? Of course, only a book comes close to reproducing the gut-punching, can’t-sleep, free-falling feeling of love. So here are a few books for the happy couple, with the disclaimer that, much like a marriage, not all of these stories have happy endings.

The One Woman By Laura May

Laura May, the writer, portrays a beautiful LGBT love story in The One Woman. Regrettably, little is known of Julie’s life or her relations with Mark. That is until she meets Ann. Ann is a warm and cheerful web developer. Julie genuinely cares for Ann. There has been an evident spark between them since their past and present merged in Barcelona. However, when crisis strikes, Julie must choose between remaining faithful to Mark and loving Ann. Can real long-distance love endure? You’ll find out in one of Laura May’s books.

Love and Other Disasters by Anita Kelly

In Anita Kelly’s novel Love and Other Disasters, a reality TV culinary competition serves as the setting for a blossoming love story. The first nonbinary contestant to compete on Chef’s Special, London Parker is determined to disprove all of their haters (including their dad wrong). That means they must focus on the work at hand and refrain from starting to form a connection with Dahlia Woodson, their fellow contestant. That’s more difficult to accomplish when Dahlia, a clumsy but tenacious character, spills fish tacos on live television and seduces London on and off camera. The couple will have to decide if they will still be a match when their filming season is through as things get hotter between them.

Reminders of Him by Colleen Hoover

After serving five years in jail for a terrible mistake, Kenna Rowan hopes to rebuild all the lost connections, especially the one with her daughter, who is four years old. But despite Kenna’s best efforts to show her kid that she is a decent mother, practically everyone in her life is determined to keep her out. Everyone but Ledger Ward, the neighbourhood bartender. Kenna and Ledger develop a relationship over time, one that jeopardizes the trust she is urgently attempting to win from everyone else. Kenna needs to find a way to make up for her errors and create a future for herself and the people she cares about.

In this lovely debut novel by Casey McQuiston, the cliché of rivals becoming lovers is given a new spin. The protagonist of “Red, White & Royal Blue” is Alex Claremont-Diaz, a descendant of the nation’s first female president.

Alex sparks a global catastrophe when he engages in a public brawl with his sworn enemy Henry, who also happens to be the prince of England, as his mother launches her reelection campaign. The two start a phony friendship to please their families, but they quickly discover that they are drawn to one another in unexpected ways.

Alex and Henry must determine whether they are prepared to risk their families and political careers for love as they become closer.

Cinderella is given a contemporary spin in Lindsey Kelk’s On a Night Like This that will restore your faith in fairy tales. Fran Cooper is an acting celebrity assistant who is gatecrashing the largest party of the year just days after yearning for her life to change. On her way to the Crystal Ball, Fran encounters a charming American called Evan, with whom she instantly clicks. Evan proposes they spend one lovely evening together without disclosing their names or other personal information. It initially appears like the ideal plan, but it quickly becomes apparent that one fantastic night is insufficient regarding genuine feelings.

Ramón, a businessman, and Julieta, a star chef, lock lips on the eve of Dia de Los Muertos in what was supposed to be a passionate but brief hookup. When Julieta finds out that Ramón, the son of the fast-food tycoon who stole her mother’s taco recipe, is the new landlord of her struggling taqueria, she is forced to learn how to get along with a man she finds seductive. The two will choose as they seek to manage the escalating tensions in their San Diego neighbourhood: Is everything worth it if it ensures their love?

One Night on the Island by Josie Silver

With the help of this brand-new book by Josie Silver, find Salvation. Dating expert Cleo embarks on a “self-coupling” adventure in honour of her 30th birthday in this surprising love story. When she gets to the isolated Irish island of Salvation, she discovers that her tiny cottage has already been reserved twice, so she will have to share it with a poor American father of two who works as a photographer. Although the plot has a surprising amount of heart, you’ll find yourself falling in love with the island and its people.

Psyche anticipated someday having to confront Aphrodite’s wrath. Still, she had no idea that her literal heart would be in jeopardy or to be told to deliver the blow by Aphrodite’s handsome son.

Eros doesn’t mind having his hands filthy. However, when the time comes, he cannot eliminate his most recent target. So he does the only thing he can think of to keep Psyche safe after being perplexed by his response to her: he marries her. Lines get muddled, loyalties change, and two hearts are put at stake as they struggle to figure out how to get out of their problem.

In her delightful second chance romance, Count Your Lucky Stars, Alexandria Bellefleur tells the story of two ex-best friends who unexpectedly rekindle their friendship. Years ago, Margot Cooper was sworn off dating, but now that all of her pals are engaged or married, she’s beginning to feel like a third wheel. She is astonished when she runs across Olivia Grant while inspecting a

with her friend. Although they were each other’s first loves, she and Olivia haven’t spoken in a long time. So when her old friend needs a place to stay, Margot goes against her better judgment and asks Olivia to stay in her spare room. Momentarily, sparks are about to start flying again.

Fishing for king crab Fox Thornton is known for being a hot, carefree flirt who is always having a good time, both in bed and out, and he enjoys it that way before running into Hannah Bellinger. She is resistant to his allure and good looks, but she likes his… personality? And desires friendship?

Hannah is staying in Fox’s spare bedroom while in town on business. Even though she continues to harbour an unrequited crush on a coworker, the more time she spends with Fox, the more she wants him.

The Authenticity Project by Clare Pooley

Meet Julian Jessop, a lonely artist tired of how false life is always. After finding it difficult to connect with people truly, he decides to take a stand by disclosing the truth about himself in a green journal, which he then hides in a public place like a coffee shop.

A catalogue of lives and a series of unexpected occurrences are created as soon as more people discover the notebook and add their own stories, which Jessop could never have predicted. So many people find happiness in the truth, leaving readers with a joyful and energizing account of what it means to be true.

From the Jump by Lacie Waldon

Liv Bakersfield, a graphic designer, is busy and accustomed to missing out, but everything changes when she quits her job and departs for South Africa to visit her friends. Their close proximity makes her friendship with her friend Lucas Deiss more difficult. What will occur when they get home again?

You’d enjoy the numerous unexpected twists in this romantic comedy about two friends who become lovers, especially Lucas’s hidden past. And you’d develop feelings for all of the friends and coworkers and find yourself supporting Lacie as she overcomes hardship and comes to terms with herself.

In Rachel Lynn Solomon’s novel, Weather Girl, TV meteorologist Ari Abrams devises a surprising scheme to refocus her boss’s attention on her work and away from her ex-husband. When well-known weatherwoman Torrance Hale’s ex-husband/station news director throws her off her game, Ari enlists sports reporter Russell Barringer to aid with some matchmaking. The unusual duo decides that the tension at the station may be reduced if they can reconcile with their superiors. Still, along the way, Ari and Russell start to see they are developing unmistakable chemistry.

The Siren of Sussex by Mimi Matthews

​​In Mimi Matthews’ The Siren of Sussex, return to Victorian London. Evelyn Maltravers is prepared to make her mark in the world of equestrian riding rather than on the marriage market because her family is on the verge of ruin, and there are no viable marriage prospects. However, she needs an equally daring habit-maker to help her stand out from the pack if she is to have any chance of dominating the equestrian scene. Ahmad Malik can help in this situation. He is thrilled to work with Evelyn as one of London’s most talented tailors. Still, the city’s elite quickly criticizes the couple when their business relationship develops into anything more.

Perpetual rule-follower Mackenzie “Mac” Cabot is followed in Elle Kennedy’s book Good Girl Complex as she enters a relationship that forces her to rethink how she has been living. Mac, who is 20 years old, only wants to expand her budding online business, but her parents are adamant that she earns a college degree even though it’s not what she wants. However, disappointing her parents is too painful to bear, so she relocates to Avalon Bay, a college town, where she soon meets and falls in love with Cooper Hartley, a local bad boy. It doesn’t take long for Mac to become more courageous in her own life after spending time with Cooper, but he has a secret that could end their relationship.

What books would you recommend to add to the list?

8 Huge Registry Etiquette Mistakes To Avoid As A Wedding Guest

15 Must-Have Tools For A Stress-Free Wedding This Year

Which Flowers Will Make Your Wedding Bouquet Stand Out? + Extra Tips

Attending a Wedding? Here’s How to Look Classy As A Guest

Campus Wedding: How Students Can Organize their Wedding on Campus