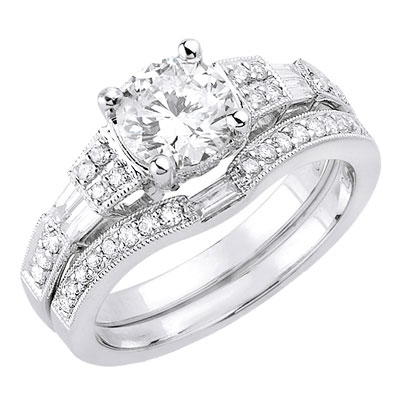 Weddings represent some of the best moments in a person’s life and that of his family and friends. Various cultures hold wedding ceremonies filled with all sorts of traditions, some which are controversial. Increase in globalization has led to common adoption of certain mainstream practices which may still have some local touch. The following practices are now common in most weddings around the world, but have you ever wondered to think about their origins? You could be in for a surprise! Rings were valuable items often used in barter trade in the Middle East and Asia. They were made from precious metals such as Gold or Silver. Till today, rings are exchanged as dowry. However it was Pope Innocent III who popularized the wedding ring worn on the finger through a decree. There is some debate as to why it has to be worn on the third finger, but the popular belief is that it originated from an ancient Egyptian myth that this finger is directly connected to the heart. Although the announcement of wedding banns is losing popularity in favor of marriage licenses, they are still quite common in countries with strong Christian following. It is believed that there were introduced to prevent incestuous relationships. During this time anybody could make a claim on the wedding not going ahead because of a possible blood relation between the couple. The modern marriage license only restricts weddings on legal grounds. Until the late 18th century it was common for the bride to be kidnapped from home before the wedding. The suitor/bridegroom often set out with a party of friends to conduct the kidnapping. The one who showed the most skill or bravery in the kidnap became the “best man” at the wedding. This practice is so common in modern weddings that many may overlook its origins. In fact this practice never existed until two hundred year ago. The bride simple used to appear on the wedding day wearing her best dress. It was Queen Victoria who commissioned a white laced dress for her wedding to Prince Albert. In ancient Rome, newly married couples would retreat to seclusion for a period of one month. During this time family members will take turns to deliver “honey wine” which was thought to aid fertility.

For more information you can pay us a visit at www.bestforbride.com

1 thought on “Some Interesting Wedding Practices and their Origins”